A downloadable game for Windows and macOS

The peasants of Nottingham bow under the weight of Prince John’s taxes; nobles fall to the Sheriff’s political machinations; deserters from the Crusades pillage the land; and fairies lure the unwary into the depths of mist-shrouded Sherwood Forest, never to be seen again.

Step into the chaos of a magical England at the end of the Third Crusade.

Maid Marian hides breathless amidst the brambles after the sack of her father’s castle; Little John charges a bodyweight in gold to cross a lonely log; and Will Scarlet holds court in a brokedown tower surrounded by trees as tall as the sky, waiting for a king who will never come.

The time is ripe, a spark is lit – from the ashes of your home, from the shadow of anonymity, step into legend.

You are Robin Hood.

Nocked! is a lushly-illustrated, story-driven role-playing game. Define the deeds and identity of Robin Hood, outlaw of Sherwood Forest; recruit allies, forge alliances, find love; and chart a path between war, negotiation, and dangerous magics. Your choices are remembered and your actions shape the world, but you can’t do it alone.

Story and strategy collide as your reputation spreads and Merry Men join your band: Build and expand a base in the hidden deeps, manage your earnings from raids on tax collectors, and prepare for the coming of the Sheriff of Nottingham. There is no sure and easy path to victory, no one decision that will save your resistance; will you fall beneath the Sheriff’s boot heel, or will you build a movement to last the ages? The choice is yours.

Experience a lush and vibrant Sherwood Forest on desktop with art inspired by Lotte Reiniger - an early animator/director/artist - combined with traditional watercolor techniques; and original music drawn from medieval sources.

In order to download this game you must purchase it at or above the minimum price of $19.99 USD. You will get access to the following files: 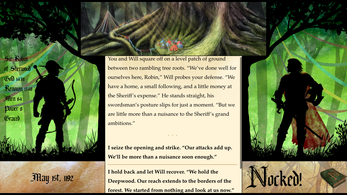 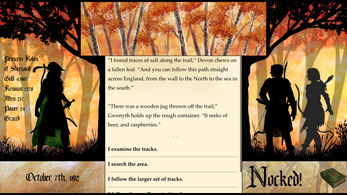 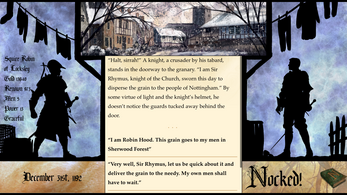 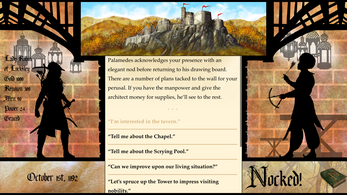 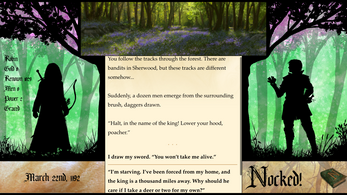